The chances are very high that you’ve heard of WordPress at least once or twice if you’ve invested a large amount of time in the world of online business. For your company website, you many may have suggested it to you. WordPress has been one of the easiest and by far the most common, platforms for website development for quite some time now. WordPress has grown from a basic blogging platform to a full-featured content management system (or CMS) for users to easily create and edit interactive websites in the 15 years since its initial release. But the question arising here is “is WordPress dead?” You will find out a detailed answer to this question in this article.

Currently, WordPress powers 33% of all websites on the internet and maintains a market share of 60% among CMS-driven platforms. These include websites, including the New Yorker, the White House, and the New York Times. Websites belonging to many high-profile people, corporations, and organisations also run WordPress. Some of the world’s most popular businesses, including TED, CNN, TechCrunch, NBC, People magazine, Best Buy, the NFL, CBS Radio, and UPS, choose WordPress as their CMS.

It would be shocking, after all this, to think is WordPress dead? The market share of WordPress is only expected to grow over the coming years.

Why WordPress Is So Important?

Although many other platforms have emerged to give a healthy competition to WordPress, still it offers you a lot. Why? Let’s see the following reasons: –

All the websites were static in the early days of the internet. All of them were written in pure HTML and CSS (indeed, the very early ones didn’t have CSS because it hadn’t been invented yet).

The emergence of Content Management Systems, such as WordPress, has led to the proliferation of dynamic websites. Dynamic websites that were powered by CMS became popular because they are so easy to build and manage.

But they also faced some major drawbacks, including efficiency and security problems. These issues have led to a renewed interest in static websites, which can now be quickly developed using static site generators (such as Jekyll and Gatsby) and rendered much more efficiently through APIs from third parties.

In terms of overall market penetration though, these solutions still currently lag well behind WordPress and are still a little too technical for amateur use.

Most of the success and market share domination of WordPress has been attributed to the fact that it was the easiest method for quickly having a website up and running for much of its life.

The platform has now started to face rigid competition from all-in-one website builders such as Squarespace and Wix, aimed at further simplifying the process of web design. These all-in-one solutions are targeted at total beginners, those with little or no prior experience in web design or creation.

Although in terms of design and functionality they may be more limited than WordPress, they also have much shorter learning curves and much less hassle for non-tech-savvy users. Using a template-based tool like Squarespace or Wix, those users in need of a simple, no-fuss website for personal use can easily and affordably build one themselves.

All of this is true, but it has been discovered that many users still find WordPress more convenient to use. WordPress offers its services with years of experience, and that is why, despite stiff competition, it is marching forward as the best web designing platform. And WordPress is still in active development, embracing new technologies and ways to design and operate your website all the time.

The recent growth of Node.js (a common JavaScript run-time environment) has, in particular, led to the proliferation of JavaScript backend tools such as MongoDB and Express. These technologies have the advantage of streamlining the development process while enhancing scalability and performance, as one scripting language can be used throughout the entire development stack.

In a system such as Django (Python) or Angular, almost anything can be built just like in WordPress. Although such platforms are pretty proficient, a layman cannot learn complicated steps that these platforms come with. Only a professional web developer can use such tools. As there are not more professionals out there, so most of the individuals prefer using WordPress to build and design their websites.

WordPress is the Fastest Growing Platform

On a regular basis, WordPress manages a massive amount of traffic. The record on a WordPress website in 2016 for the most unique page views in a day was 187 million! 70 million new posts are published each month by WordPress users.

The asset of the web is interaction, and WordPress users are a sumptuous group. Information gathered from 2004-present evaluating keyword searches by Google Trends for prominent CMSs clearly shows that WordPress-related keywords rank higher among search engine queries than competitors such as Drupal, Blogger, and Sharepoint.

Via WordPress, there is a lot of reading and writing going on. This past year, over 400 million viewers looked at 20+ billion pages every month.

These startling figures are a testimony to the impact on web standards, accessibility, and the internet at large that this publishing platform has had. In the past decade, WordPress has grown like wildfire, and the culture is flourishing. So those thinking is WordPress dying now know that it is definitely thriving in the realm of internet and is likely to do so for many more years to come.

WordPress is certainly not dead, despite what the naysayers will write, nor is WordPress dying.

In terms of market share, the service tends to lead the web and it shows no signs of slowing down or being substantially overtaken by any of its rivals. Nevertheless, at some stage in the future, WordPress faces a variety of important threats that could disrupt its market supremacy. It’s no secret that technology changes at a rapid pace, especially on the web.

Effective developers may need to be able to pivot along with evolving market trends, whether that trend entirely influences WordPress, static, PHP-driven, node-based, or something else. 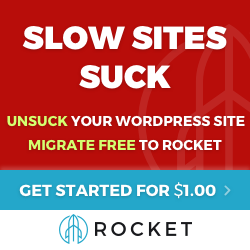